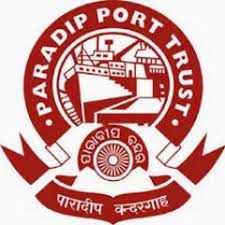 Paradip Port Trust, India’s second biggest state-owned port by cargo volumes, has shelved plans to build an ambitious new deep-water port in its outer harbour with an investment of ₹8,767 crore to handle 140 million tonnes (mt) of cargo a year, due to viability concerns.

“The outer harbour project was not found viable in the techno-economic project report,” Shipping Minister Mansukh Mandaviya told Parliament in a written response on February 3.

The minister’s statement is significant considering that a pre-feasibility report by Paradip Port Trust in 2016 had urged the Centre to take up the project on “priority” to avoid losing market share to rivals, given the potential for coal export for local use, an industry source said.

The proposed outer harbour port project – located adjacent to the south of the existing harbour - was designed as a satellite port of Paradip Port Trust and was to be set up as a major port under the Companies Act.

A special purpose vehicle (SPV) was to be set up by Paradip Port Trust and other government entities, including the Orissa government, Sagarmala Development Corporation and Coal India Ltd (CIL), to implement the project.

The proposed outer harbour port was to be developed under the landlord model, wherein the basic infrastructure, such as breakwater, capital dredging, reclamation, rail and road links, water and power connection and harbour crafts, would be arranged by the SPV.

The cargo handling terminals and associated facilities, comprising berths, stackyard development, equipment and utilities, were to be developed with private participation in the PPP mode.

The existing port cannot be deepened further to handle capesize carriers, which would lower coal logistics costs, particularly for the import of coking coal used by steel plants.

The outer harbour project was conceived to cater to the rising demand for the movement of coal for CIL, in line with the coal giant’s plan to raise production to 1 billion tonnes.

Out of this, 250 mt of coal will be produced by Mahanadi Coal Fields (MCL), which currently produces only about 140 mt. The existing railway system does not have adequate capacity to evacuate an additional 110 mt of coal to the power generators located in Andhra Pradesh, Tamil Nadu and Gujarat.