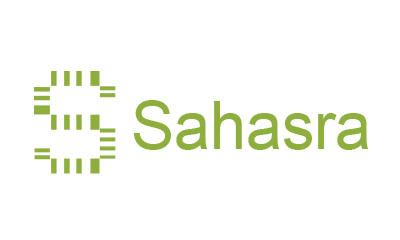 Indian electronics parts maker Sahasra has earmarked an investment of Rs. 350 crore over the next four years for assembling mobile phone memory chipsets, laptop hard drives and motherboards in India with two new manufacturing facilities coming up in Rajasthan and UP.

The integrated circuit (IC) packaging plant for memory, which is being set up in Bhiwadi, Rajasthan will entail an investment of Rs. 140 crore to produce 40 million ICs annually and is approved to receive incentives by the central government under the production-linked incentive scheme, Sahasra group managing director Amrit Manwani told ET exclusively.

“Until now this was the domain of US, Japan and Taiwan where fabs would make semiconductor wafers, which would be packaged by the packaging companies,” he said. “We are getting into the packaging business. Once we have this ecosystem in the country, the next step would be to set up a fab factory in India.”

The company is aiming to scale up to 100 million IC units annually, Manwani said, and is already in dialogue with major handset manufacturers including Foxconn, Wistron, Lava, Dixon, Micromax and Reliance Jio for supplying memory.

“This would generate close to 750 direct jobs in the region. The value addition in first four years in ICs would be 15% and thereafter we are aiming at 50%-55% value add,” the MD said.

The plant, which will also manufacture solid state drives for laptops and notebooks, is expected to begin operations in the second quarter next year.

Sahasra’s group company Infopower Technologies, which is a joint venture with Taiwanese MiTac Holdings, will put in another Rs. 210 crore in Noida, Uttar Pradesh to produce 25,000 motherboards or printed circuit boards per month, primarily for data centres. One-third of this amount will flow in from MiTac along with technology support.

“Close to 6,000 memory devices such as solid state drives were imported in India last year for data centres, set-top boxes etc. who will be potential customers for us. So, we will be selling them in India by retail distribution as well as e-commerce companies like Amazon, Flipkart, Croma etc,” Manwani said.

“We are also looking at a major export potential for motherboards to companies like Intel, Acer etc… we are talking about large volumes in the excess of several tens of millions of dollars,” he added.

Infopower has also received a commitment for incentives by the UP government under the state’s electronics policy for the proposed investment.

Sahasra (meaning ‘millenia’), which was set up in the year 2000 for manufacturing electronic products, has expanded to four facilities in the NCR, India, one unit in Rwanda, Africa and eight sales and marketing offices in India, the US, Canada, Africa and Europe.