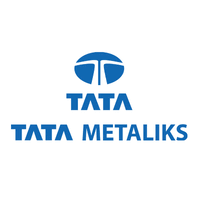 Aligned to its strategy of value-led growth, Tata Metaliks Ltd., a subsidiary of Tata Steel, is looking to double the production of ductile iron (DI) pipe to 4 lakh tonnes per annum from the current 2 lakh tonnes. The company is also installing a new 15-MW power plant. The estimated investment on the project is ₹620 crore.

According to Koushik Chatterjee, Chairman, Tata Metaliks, the brownfield expansion at its existing plant at Kharagpur is expected to be complete in the next 18-24 months.

The company had received shareholders’ approval to fund the expansion by way of issuance of equity shares and convertible warrants to the promoter — Tata Steel — on a preferential basis.

The share of DI pipes to Tata Metalik’s total turnover could increase to 70 per cent from the current 55 per cent gradually once the expansion is complete and capacities are ramped up in the coming years.

The company, which had started as one of the leading pig iron producers, is now looking to realign its strategy and focus more on DI pipes that is used for diverse applications including distribution of potable water, transportation of sewage and waste water, agricultural applications including irrigation and industrial usage in power plants among others.

As per information available in the company’s latest annual report, the overall demand for DI pipe continues to be robust and is likely to have an expected annual growth rate of 10-12 per cent over the next few years.

“The demand for DI pipe continues to grow across drinking water, sewerage and irrigation sectors through several flagship programs of the government including “Atal Mission for Rejuvenation and Urban Transformation” , smart cities, Swachh Bharat Abhiyan and government’s water grid projects for improving water supply and sanitation infrastructure in both urban and rural areas,” the annual report said.

On the price front, volatility in the DI pipe prices is inherently much lower compared to pig iron as DI pipe is a value-added product and contracts are typically executed over several months, unlike pig iron which is an intermediate product and can be categorised as a commodity, the report said.