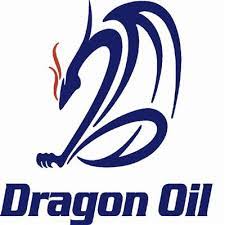 Dragon Oil, a subsidiary of Dubai-based government firm Emirates National Oil Company (Enoc), will invest $13 billion (Dh47.7 billion) in the development of existing projects in the next decade and spend up to $500 million for acquisitions in 2019, its chief executive said recently.

Speaking on the sidelines of Gas and Oil Technology (Gotech) exhibition, Ali Rashid Al Jarwan said the upstream oil and gas exploration, development and production company is targeting to increase its production by three times by 2025, and is looking to foray into new African markets as well.

"We will drill two wells in Egypt in early next year and we have commitment to drill one well in Tunisia by Q1 2019. In West and North Africa, we are talking to Ghana, Algeria and Egypt."

Dragon Oil has presence in Turkmenistan, Iraq, Algeria, Egypt, Afghanistan and Tunisia. According to its website, the company employs 1,900 people with 1,700 of them working in Turkmenistan.

"For 2019, our acquisition target will be between $350 million to $500 million. We are very ambitious about expanding our existing assets and adding new ones," Al Jarwan said.

Commenting on the global oil prices, Dragon Oil chief forecast that Brent will average around $73-$74 this year and will trade between $70 and $80 a barrel in 2019.

Al Jarwan said global demand of gas and oil is forecast to increase by 20 per cent as countries like China and India will see more demand for energy.

The second edition of Gotech exhibition will run till October 25 at Dubai World Trade Centre with 75 oil and gas companies participating to showcase new technologies and innovations in the energy sector.