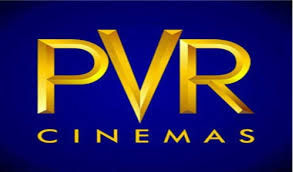 Gurgaon-based PVR Ltd. plans to invest around Rs. 250 crore this fiscal to increase the number of screens and upgrade select screens in metro cities to enhance the earning potential.

According to Gautam Dutta, Chief Executive Officer, PVR Cinemas, the company will add 80-odd screens at Rs. 3-4 crore each this fiscal.

The company recently entered into a partnership with Samsung to introduce premium 'Onyx Cinema' LED screens in select properties in Delhi, Mumbai and Bengaluru over the next nine months. Each such screen will cost nearly Rs. 9 crore and fetch higher ticket price.

The company operates a cinema circuit of 625 screens at 134 properties in 51 cities.

'We will see if there are takers for these Onyx cinema screens,' he told BusinessLine .

Nearly 10 per cent of the company’s top-line comes from its premium offerings like Gold Class, IMAX, 4DX, PXL and Playhouse.

In FY18, PVR reported a total income of Rs. 2,366 crore that include Rs. 2,257 crore from movie exhibition and the remaining from other verticals such as movie production, gaming, distribution, and so on. According to Dutta, PVR is planning to consolidate its presence in tier-II and III markets and other smaller towns. Of its total screens, 192 are in tier-II towns. A part of the plan involves setting up new screens either through multiplexes or via acquisition of or tie-up with iconic standalone properties.

'The plans are yet to be firmed up. But expansion plans in smaller towns will depend on the opportunities available. For example, we can tie-up with an iconic property and revamp it as PVR or in any other format,' he said.

PVR is also exploring new revenue streams through theatre on-demand services like 'Vkaao.com'. The service allows viewers to select a movie from the company’s library and organise a screening at a place, date and time of thir choice.

According to Dutta, 'Vkaao.com' had close to 800 screenings last fiscal. 'In terms of contribution to our top-line, it is still very small,' he said.