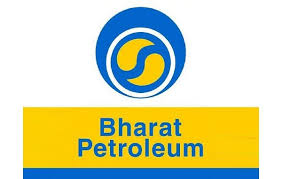 State-run Bharat Petroleum Corporation Ltd. (BPCL) will invest as much as $800 million as equity in a liquefied natural gas (LNG) project in Mozambique where it holds a 10 per cent stake, as the project moves closer to the final investment decision (FID) stage. This will be BPCL’s largest investment in an upstream project overseas.

The Maharatna PSU paid $703 million ($800 million is over and above this) to buy the 10 per cent participating interest in the Rovuma Offshore Area 1 concession in the Cabo Delgado province in northern Mozambique where about 75 trillion cubic feet of natural gas was discovered, positioning it as a strategic global LNG supplier.

Anadarko Petroleum Corporation, USA is the main operator of the gas field with a 26.5 per cent participating interest. The Area 1 consortium is developing an initial onshore LNG project consisting of two LNG trains with total nameplate capacity of 12.88 million tonnes per annum (mtpa).

To reach the FID stage, three major milestones have to be achieved. First, is to have a reasonably stable and robust contractual and fiscal framework with the Mozambique government. Second, the consortium has to sign long-term LNG sale and purchase agreements (SPA) for at least 9 mtpa to facilitate debt for the project and the third is the funding for the project.

The partnership has concluded the legal and contractual framework with the signing of the marine concession agreements with the Mozambique government. It has signed long-term SPAs for 1.2 mtpa of LNG and is in advanced negotiations with several buyers, including BPCL, to secure the remaining volume of 9 mtpa to reach FID.

Currently, the partners are discussing the terms and conditions of project funding which will largely depend on the quantity and rate at which the gas is sold. The entire 9 mtpa is expected to be tied-up by the end of the year or early next year.

“Assuming that the project cost is going to be somewhere around $20 billion, we are anticipating that 33-37 per cent will be equity and the balance would be debt. Once, that is finalised, we are good to reach the FID stage. We are hoping that the FID will happen sometime next year in the first half or second half,” a BPCL executive said.

Out of the $20-billion project cost, BPCL will have to contribute equity of some $800 million as its share of the 10 per cent participating interest when the FID is closed, he said.