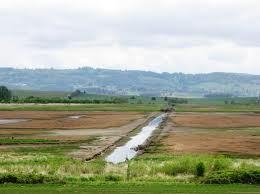 Gujarat announced an ambitious Rs 10,000-crore irrigation project, to be called Saurashtra Narmada Avtaran Irrigation Yojana (SAUNI), which aims to fill all 115 dams in the region with Narmada water by interlinking a total of 87 rivers.

The government to begin survey for the project by December so that work starts by June next year. Billed as a permanent solution to the region’s perennial water problems, the project is aimed at irrigating over 10 lakh acres of land.