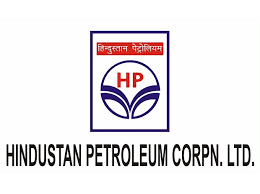 Hindustan Petroleum Corp (HPCL) plans to build 5,000 electric vehicle charging stations in three years in a move that could help boost wider adoption of EVs in the country and secure a significant share of the charging market for the company.

“We have to future-proof ourselves. Chemicals, biofuels, EV, hydrogen are going to be the next growth drivers,” M K Surana, chairman and managing director of HPCL, told ET. “EV penetration may take some time to come. But when it comes, we want to be ready.”

Surana, however, clarified that a big target for charging stations shouldn’t be construed as an admission that the oil demand was set to decline. “We want to offer every energy source at our outlet that a vehicle owner may need so that if a customer wants to get his electric vehicle charged, he should be able to do it at our outlet,” he said.

HPCL plans to leverage its country-wide network of fuel stations, brand loyalty, and years of experience serving vehicle owners to expand its offerings by adding EV charging facilities. The company has 19,000 fuel retail outlets across the country.

Most of the planned 5,000 charging stations would be built in its fuel retail outlets.

It currently has about 85 EV charging stations, all added to operational petrol pumps.

HPCL’s strategy is to have a stronger presence in cities or routes that have higher EV potential rather than spread itself thin across the country. “We will have a clustering approach,” Surana said. “We will initially be in areas where citizens are more conscious about air pollution and where governments are more supportive of EVs.”

High-traffic routes like Delhi-Chandigarh or Bombay-Pune that connects high EV potential cities will also be among the focus areas.

While HPCL and its retail outlet dealers contribute by way of space at the pump, customer footfall, and brand value, partners invest in the charging facilities.

Multiple models are being discussed for new charging stations, Surana said. A mix of slow and fast charging points will be offered at these stations.