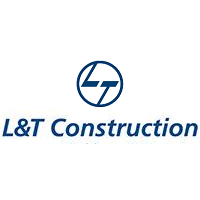 The company did not disclose the value of the contracts but said the orders fall under the "significant" category, which ranges between Rs. 1,000 crore and Rs. 2,500 crore, according to the classification of contracts.

"The construction arm of L&T has secured (significant) orders from prestigious clients for its various businesses," L&T said in a regulatory filing.

The company said its buildings and factories business has won an order from a reputed developer to construct an office space in Mumbai.

It has also won an order from the Haryana government to construct a Medical College at Jind. The scope of the project includes construction of a hospital building, academy blocks and residential buildings over a built-up area of 15.63 lakh square feet, the company said.

The railways strategic business unit has secured an engineering, procurement and construction (EPC) order from the Central Organisation for Railway Electrification (CORE), Package EPC-06 to electrify portion of railway lines in the North Western Railway.

The project is a part of the 'Mission Electrification' initiative of the Central Government aimed to electrify the entire Indian Railway Network to reduce carbon footprint and expenditure on diesel, the company said.