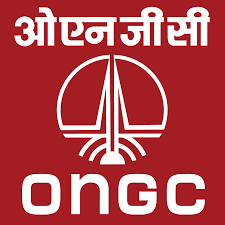 The Oil and Natural Gas Corporation (ONGC) has sought environmental clearance for drilling exploratory wells at 15 places in Tamil Nadu, including 10 in Ariyalur district and five in Cuddalore district.

ONGC’s Cauvery Basin, Chennai, has submitted two proposals along with other documents to the State Environment Impact Assessment Authority (SEIAA) of the Tamil Nadu Department of Environment for obtaining mandatory environmental clearance.

While the ONGC submitted the proposal for Ariyalur district on Tuesday, it filed the Cuddalore proposal on Wednesday. Executive summaries of the projects, toposheets, pre-feasibility reports and maps of the proposed exploratory wells were among the documents submitted with Form I, a formal application for environmental clearance.

The move has evoked strong opposition from environmental activists and farmers.

G. Sundarrajan, of Poovulagin Nanbargal, said it was yet another attempt by ONGC to expand its activities against the interests of farmers, who were waging a battle against the exploration of hydrocarbon and other kinds of activities in the delta and neighbouring districts. The move would be detrimental to nature and farming, he said.

But without taking into account the Chief Minister’s opposition to the project, ONGC submitted a proposal on June 15 and another one on June 16 to SEIAA. “It shows that ONGC has been pushing ahead with its plans in spite of the State government’s stand on the issue. The State government should summarily reject the proposal to protect the environment and the interest of the farmers,” Mr. Sundarrajan said.

Thanga Dharmaraj, president, Cauvery Delta Pasana Vivasaya Sangangalin Kootamaippu, said it showed the Centre’s adamant attitude in enforcing its agenda against the interest of the farmers. “The proposed drilling of wells would destroy agriculture in the region. The farmers would never allow the project,” he maintained.