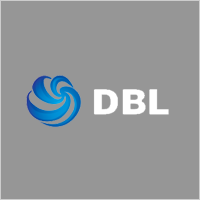 Dilip Buildcon rose 1.14% to Rs. 518.10 after the company's wholly-owned subsidiary executed a concession agreement with the National Highways Authority of India (NHAI) on 10 September 2021 for a road project in Karnataka.

The company's wholly owned subsidiary, Sannur Bikarnakette Highways, has executed the concession agreement for four-laning of 45.01 km long Sannur to Bikarnakette section under Bharathmala Pariyojana on hybrid annuity mode in the state of Karnataka (Package-II).

The bid project cost of the contract is 1137 crore. The completion period of the project is 24 months and operation period 15 years from commercial operations date (COD).

Separately, the company announced that its wholly owned subsidiary, Bangalore Malur Highways, has received the financial closure letter dated 9 September 2021 from NHAI for a project in Karnataka.

The project calls for 4 laning of Bangalore to Malur Section of Bangalore Chennai Expressway on hybrid annuity mode under Bharatmala Pariyojna, in the state of Karnataka (Phase-l Package-l).

The bid project cost of the contract is Rs. 1160 crore. The completion period of the project is 24 months and operation period 15 years from COD.

Dilip Buildcon is one of the leading full-service infrastructure company with construction capabilities in roads & bridges, mining, water sanitation, sewage and dams with a presence in over 19 states.