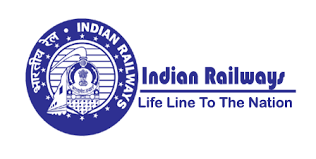 The government is set to award 50 stations for redevelopment entailing an investment of around Rs. 50,000 crore in 2020-21, a government official said.

The station redevelopment initiative of the Indian Railways has drawn interest from Indian conglomerates and foreign pension funds alike.

Meanwhile, the railway ministry will issue user development fee, along the lines of a levy charged by airport operators, which will help fund the upgradation of railway stations.

The Indian Railways Station Development Corporation Ltd. (IRSDC), one of the government entities responsible for station redevelopment, invited request for qualification (RFQ) for redevelopment of stations in Nagpur, Gwalior, Amritsar and Sabarmati, at an indicative cumulative cost of around Rs. 1,300 crore.

Niti Aayog, the government’s thinktank, has been pushing for a comprehensive plan that envisages a holistic development of the area around railway stations, which has strong potential to draw private investment. The government last year pegged the private funding requirement of the Indian Railways at Rs. 50 lakh crore between 2018 and 2030.

Niti Aayog CEO Amitabh Kant in October last year wrote to the Railway Board chairman VK Yadav, saying there is a “necessity” to take up the matter of developing at least 50 stations on a priority basis, adding that the station redevelopment plan was moving at a very slow pace.

“We are hoping that all the 50 stations are bid out in the next year,” an official told ET. These stations will entail an average redevelopment cost of Rs. 250 crore per station. The associated commercial development would take the total project cost to Rs. 40,000-50,000 crore.

In a pre-bid meeting held in January, developers demanded that the eligibility criteria should be based on financial capacity, while the technical capacity should be done away with. “Since most of the station redevelopment projects are brownfield, we will need to ensure that the contractor is capable of undertaking the work since it involves public safety,” the official quoted above said.

A group of secretaries formed to look into the station redevelopment project, has already cleared the redevelopment proposal of Chhatrapati Shivaji Terminus in Mumbai at a cost of Rs. 1,500 crore, the official said.