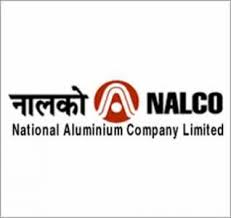 The board of National Aluminium Company (Nalco) has approved a significant capacity expansion plan to set up a one million tonne alumina refinery at Damanjodi, Koraput, Odisha at a proposed investment of Rs 5,540 crore. Nalco already has a captive bauxite deposit at Pottangi in the state, which will be utilized in this project. This is the first major expansion in the state run aluminium company in step with the Modi government's Make in India campaign.

With a view to boost the ancillary and downstream industries, Nalco is also committed to supply 50,000 tonne of aluminium metal to 'Angul Aluminium Park' which has been formed as a joint venture between Nalco and Industrial Development Corporation of Odisha. Apart from investing in its mainstay metals business, the company is also stepping up its fledgling presence in the renewable energy sector. In a statement on Monday, the company said is 'in an advance stage of setting up of 100 MW wind power plant at a suitable location with an estimated investment of Rs 660 crore.'