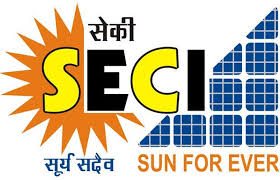 It has invited R&D proposals for technologies such as Gravity-based/ Mechanical ESS, Green Hydrogen based ESS and any other non-electrochemical ESS technologies.

“SECI intends to invite proposals from prospective applicants involved in the field of R&D of ESS technologies to set up novel ESS projects in order to supplement generation from different renewable sources like wind, solar and hybrid (wind and solar),” the proposal said.

The government-run agency is also looking for innovations in Do It Yourself (DIY) rooftop products with storage and any new RE generation technologies. This is to encourage indigenous innovations in energy storage R&D space, rooftop solar, data analytics along with any new RE concepts and to facilitate development and commissioning of prototypes of novel technologies, it added.

The project execution time is 1-2 years from the date of sanctioning of the project.

The proposal specifies project capacities to be up to 500 kilowatt hour (kWh) of energy storage capacity along with suitable solar power generation systems. The scope of work includes design, engineering, installation, commissioning and testing till the inter connection point at 11/33 kV substation.

The project has to be set up at a site identified by SECI and its connectivity shall be the responsibility of the agency. The project proposal shall include tentative project layout and single line diagrams for connectivity to the grid, it added.

The innovative DIY rooftop products developed under this proposal shall be deployed either at SECI establishments or at any site chosen by SECI with main emphasis being on the DIY rooftop projects with BESS, the proposal said.

The scope of data analytics projects includes data acquisition, analysis of existing/real-time data from various projects of SECI/ other project developers and data presentation, it added.

RE generation is inherently infirm and non-dispatchable due to its intermittency as well as seasonal and diurnal variations. Solar power generation is possible only during sunshine hours with peak generation around noon. The generation is higher during March-June. On the other hand, wind power peaks in the evening and is generally higher during the monsoons.

This places a considerable risk on the security and stability of the grid, since with higher RE penetration the probability of voltage and frequency swings in the network will increase. This can be handled by supplementing RE sources with a suitable Energy Storage System (ESS), which can store power during peak generation hours and dispatch the energy during the later hours of the day.

Central Electricity Authority (CEA) has assessed a requirement of 41 GW/ 190 GWh of ESS for integration of 500 GW of non-fossil fuel based electricity in the grid by 2030.

Subsequently in May 2021, the Government approved the Production Linked Incentive (PLI) scheme on ‘national programme on Advanced Chemistry Cell (ACC) battery storage’ for implementation of the giga-scale manufacturing capacity, with an outlay of ₹18,100 crore.

It has also come out with a 500 MW/1000 MWh BESS tender in India under the tariff-based global competitive bidding.