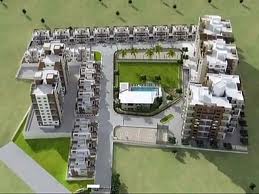 Arabnews reported that a total of 440 houses will be built for the poor in Majmaa some 200 kilometers north of Riyadh.

Dr Al Dhowaihi said that the project would include educational, religious and recreational facilities in addition to public utility services. There will be two schools, two mosques, two parks and two playgrounds in the housing compound.