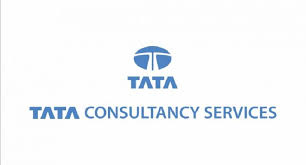 Global IT leader TCS will invest an estimated ₹̥1,200-₹1,500 crore to expand operations in Kerala and has signed a Memorandum of Understanding with Technopark here for leasing 97 acres of land at its Technocity campus to set up a digital hub for engineering, product development and IT services across manufacturing, defence and aerospace sectors with a focus on new generation technologies.

An official spokesman said here that TCS intends to complete the first phase of the project over the next 22-28 months which itself is expected to generate 5,000 jobs. Chief Minister Pinarayi Vijayan, in whose presence the MoU was exchanged, said that the TCS investment comes at a time when big IT companies have either cancelled or postponed their plans for committing big money for expansion.

Quest to be a knowledge economy

When complete, the project would generate 20,000 direct jobs which the Chief Minister said will represent a major stride in the state’s quest to become a knowledge economy. The TCS hub would focus on new technologies like artificial intelligence, machine learning, robotics, Internet of Things, data analytics and blockchain.

The Chief Minister promised TCS all support for wrapping up their investment and completing the project. All permissions and approvals would be granted in a time-bound manner. Various existing TCS facilities in the state are already employing 15,000 people, he said. Group company Tata Elxsi will also set up its digital development centre within the new TCS campus.

NG Subramaniam, Executive Director and Chief Operating Officer, TCS, thanked the Chief Minister for the generous promise of all-round support. Work on the first phase would soon begin and is expected to be completed ahead of time.

Also present on the occasion of the MoU were Vishwas Mehta, Chief Secretary, and Mohammed Saffirulla, IT Secretary, Kerala. The agreement was exchanged between Sasi Pilacheri Meethal, CEO, Technopark and Dinesh P Thampi, Vice President and Head, Kerala Operations, TCS.

The setting up of the proposed start-up incubator within the new TCS campus will help strengthen the start-up ecosystem in Kerala, the Chief Minister said. India has acknowledged Kerala as a state having best practices in the start-up sector, he added.