Ceat to make a fresh investment of Rs. 1200 crore in truck and bus plant. 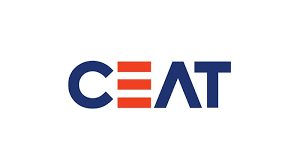 Ceat Ltd., the flagship company of RPG Group, recently announced Rs. 1,200 crore of fresh investments into expansion of truck and bus radial capacity even as the second wave of pandemic has created a short term disruption.

The fresh investment approved by the board is over and above the Rs. 3500 crore announced by the company a few years ago. A part of this investment will go into expansion of the existing plant in Halol, Gujarat, and the balance will be used on a brownfield facility in Chennai - the company's base for car radial tyres

Anant Goenka, MD of Ceat Tyres, told ET that the truck radial facility in Halol, on the outskirts of Vadodara, is expected to be utilised in a year’s time and by then it would need fresh capacity in 18 months. Hence, the company has taken the board approval.

“We have got a lot more ambitious, of course the market growth has also supported us. The utilisation levels are continuing to be good, we are registering health growth rates. We are readying ourselves for the future by getting this approval from the board,” added Goenka.

For FY-22, the company has lined up a capex of Rs. 1000 crore, which will go into specific projects, on car radials, truck radial and speciality tyre segments.

Because of the past investment in capacities, Ceat was able to outpace the market over the last few years and the fresh investment will help the company sustain this growth momentum once the market recovers in the second half of FY-22, Goenka said.

Despite the aggressive expansion that the company has rolled out, Goenka said the company has not lost sight of financial efficiency. The company's debt has been reduced by Rs 150 crore in the last one year and has further improved the debt-equity ratio of the company.

Ceat delivered a strong earnings performance for FY-21, with revenues posting a growth of 45% at Rs 2290 crore, with net profit at Rs. 153 crore. The EBIDTA margin of the company however slipped to 11.7% due to recent spurt in commodity prices which hit the bottomline.

“Towards the latter part of the year due to increase in commodity prices, there has been some erosion in gross margins which prompted us to take a small increase in price. Frequent lockdowns and high commodity prices remain an industry-wide concern on OEM and retail demand. The vaccination drive gives us reason to remain bullish on the industry from a medium to longer term perspective,” added Goenka.

On the way ahead, Goenka said demand was very strong until about 15th April - factories were operating at 90% but over the last 20-25 days has created a lot of uncertainties with factories as well as retail stores shutting down. And unlike the first wave, the second wave has affected the rural markets too.

"The company will be re-calibrating production on the lower side in line with demand," he added.