HMSI to invest Rs. 1100 crore for new plant in Gujarat. 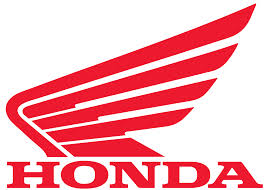 To be commissioned by December 2015, the said plant will see a two-wheeler manufacturing capacity of 1.2 million per annum, taking HMSI's total capacity to close to six million per annum. The company has three other plants, one each in Haryana, Rajasthan and Karnataka.

Signing the SSA agreement, Keita Muramatsu, President & CEO, HMSI stated the plant will see a total investment of Rs. 1100 and will generate direct and indirect employment for 3000.

'This is HMSI's fourth plant in the country and will generate direct and indirect employment for 3000. Around 22 of our suppliers will also set up their plants which will increase investment and employment in Gujarat further. We will also initiate CSR activities, especially around skill development,' Muramatsu said.

According to Muramatsu, HMSI will focus on manufacturing scooters, especially the company's one of the most successful models 'Activa' from the Gujarat plant.