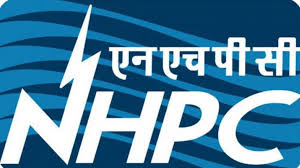 State-run hydro power giant NHPC recently said it has signed a Promoters Agreement with the Green Energy Development Corporation of Odisha (GEDCOL) for the development of 500 megawatts (MW) floating solar projects on different water bodies in the state.

The agreement, which was inked on Tuesday, was signed by NHPC CMD A K Singh and GEDCOL CMD Bishnupada Sethi in the presence of Odisha’s Minister of State (Energy) Dibya Shankar Mishra. The Memorandum of Understanding (MoU) for the same was signed between NHPC and GEDCOL in July 2020, Power Ministry said in a statement.

NHPC and GEDCOL agree to establish a joint venture (JV) company for implementation of 500 MW floating solar power projects in Odisha and other such projects in subsequent periods as may be decided from time to time.

In the first stage, about 300 MW floating solar capacity will be installed in the reservoir of Rengali hydro electricity project. The project will be implemented under Ultra Mega Renewable Energy Power Park (UMREPP), Mode 8 of Solar Park Scheme. The first stage of the project will have an outlay exceeding ₹2,000 crore and will generate about 600 million units (MU) of energy annually.

“It is first of its kind in Odisha and largest in the country so far. The project will help the State to meet its renewable energy generation target and purchase obligation besides creating investment and employment opportunities,” the Ministry noted.

Analysts are of the view that floating solar plants can be a good alternative to conventional ground-mounted PV systems as they not only conserve water through reduction of evaporation, but also increase generation due to cooling effect on the panels and reduced installation time.