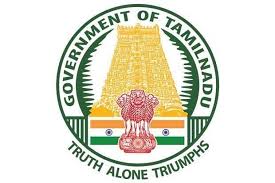 Tamil Nadu is making its mark as a major hub for data centres as the State recently signed MoUs for investments worth ₹9,000 crore with large companies for setting up of their data centres in the State, especially in Chennai. They were signed at the Tamil Nadu Investment Conclave held in Coimbatore in the presence of Chief Minister MK Stalin.

Ajay Chitkara, Director and CEO, Airtel Business, said, “This is a major milestone in our journey as we scale up aggressively to serve the emerging digital India opportunity. Chennai, with its strategic location and access to cable landing stations, has the potential to become a regional data centre hub for South Asia.”

Tamil Nadu, especially Chennai, has emerged as a major hub. Among the reasons for the trend are the submarine cables (combined capacity of 14.8 terabytes per second) landing in Chennai and the city’s geographic proximity to key Asian cities apart from availability of adequate real estate and power.