Tabuk gets its first LuLu Hypermarket. 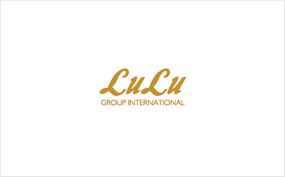 UAE-based LuLu Group has further expanded its retail network in the Kingdom by opening a hypermarket in the northwestern region of Tabuk.

Faris M. Al-Sarhani, mayor of Tabuk, officially inaugurated the hypermarket in the presence of Said Ali Awadh Al-Asieri, chairman of Tabuk Chamber of Commerce, and a number of other dignitaries.

LuLu Group Chairman and Managing Director Yusuff Ali M.A. said: “We are absolutely delighted to open our latest hypermarket today in this beautiful city of Tabuk. Our policy is to open LuLu hypermarkets in different regions so that shoppers don’t have to drive long distances to enjoy world-class shopping experience and our internationally sourced quality products at great prices. LuLu has been the most preferred destination for different nationalities and we will continue to preserve this identity with our new store.”

He added: “We are upbeat about the vast investment opportunities laid open in the Kingdom, thanks to the Kingdom’s Vision 2030. Our group plans to make investments in the $500 billion NEOM transnational megacity and economic zone.

This includes two in Jeddah, one each in Dammam, Al-Kharj and North Riyadh. This is apart from the SR1 billion we have already invested in the Kingdom till now.”

The group currently employs more than 3,000 Saudi nationals, out of which 1,200 are women.

“Our goal is to give employment to 6,000 Saudi nationals by the end of 2020. We have a very elaborate and effective multi-level training program, through which we not only train them here but also send the local recruits to other regions in the GCC and India for training in various departments. We have also tied up with Saudi vocational institutions and universities in this regard,” Ali said.

He further said: “We attribute our success to the visionary leadership of King Salman, Crown Prince Mohammed bin Salman, the government and the people of this great country who have always given tremendous support to investments and economic development by making visionary changes.”