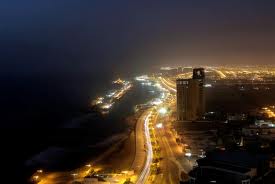 Saudi Arabia says it will spend SAR47bn (US$12.5bn) on 127 infrastructure projects in Jeddah in a bid to transform the city into a regional hub, the governor of the kingdom’s Makkah province was reported as saying.

At a meeting of the Regional Council this week, Prince Khaled Al-Faisal said 42 projects have been completed and 127 projects are currently underway, the Saudi Gazette reported on Tuesday.